Skip to content
From Your Tactics is reader-supported. When you buy through links on our site, we may earn an affiliate commission. Read more 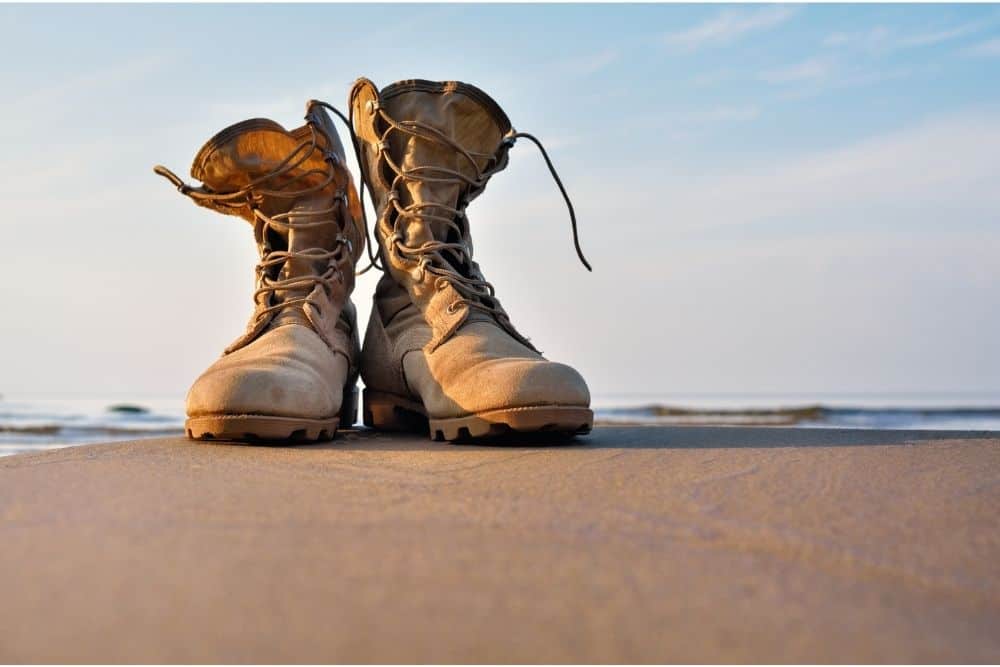 One of the most important things people often forget is the weight of army boots. Army boots’ weight will affect the soldier’s flexibility and comfort a lot.

To help you choose a pair of Army boots that have the right weight for your purpose, check out today’s topic: How much do army boots weigh?

Let’s find out together!

How much do army boots weigh?

Each army boot has a typical weight ranging from 1.2 lbs to 2.4 lbs.

In general, army boots are lighter than many other boots such as cowboy boots, hunter boots, or snowboard boots.

You should determine the purpose of using army boots before buying to choose boots with suitable weights.

If you need flexibility, using lightweight army boots with many good features can make you more agile in activities.

But if you need army boots that provide safety, stability and good balance, a boot that weighs around 2.4 lbs is a good choice.

However, you should note that army boots’ weight also depends on the size of the boots you wear.

In addition, the main material to create army boots also affects the weight of the boots (leather fabric, nylon fabric…). Boots are heavier due to using more materials.

How much do tactical boots weigh?

Tactical boots are the new style of traditional combat boots, which are used more in peacetime than in wartime by law enforcement, police, or air force.

Compared to traditional combat boots, tactical boots have many improvements in structure and design.

Also, they are much lighter than traditional combat boots.

A tactical boot usually weighs between 1 lb and 2.4 lbs. For a pair of tactical boots, their weight ranges from 2 lbs to 4.8 lbs.

There are a variety of tactical boots available, but the lightest of all is the tactical boot hybrid with hiking boots. They are very light and flexible.

How much does an army uniform weigh?

In addition to army boots, many people are also curious about the weight of army uniforms.

The answer is an army uniform weighs 1.4 lbs (650 grams). The design of the army uniform has lots of pockets and fabric layers.

This uniform is so light that you can hold it with just one finger.

How much do Marine Corps boots weigh?

Marine Corps boots are also combat boots, their weight is the same as army boots (from 1.2 to 2.4 lbs each).

Marine Corps boots share the same characteristics as army boots, but their favorable feature is quick-drying. Besides, they support drainage and are anti hydrolysis.

How much do Belleville boots weigh?

Belleville is also one of the most popular brands of army boots, the weight of Belleville boots ranges from about 1.1 lbs to 2.4 lbs each.

Depending on the size and texture (steel toe or composite toe, rubber sole or synthetic sole, leather or nylon fabric…), Belleville army boots will have different weight.

The weight of Belleville boots also depends on the type, size, etc of the boots.

For example, if you want to look for Belleville boots with reinforced steel toes, they can weigh more than 5 lbs.

You should clearly determine your purpose before buying Belleville boots. Lightweight boots offer great flexibility and comfort, while well-balanced, safe boots tend to be heavier.

Traditional combat boots are quite heavy. To ensure the safety of the soldier, they often have a high shaft, carefully reinforced on the toe, heel and sole.

Some combat boots also have metal inside for extra foot protection.

Because they are heavily reinforced and have metal inside, traditional combat boots are not light. They are quite heavy compared to boots of the same size.

However, thanks to the advancement of science and technology, the combat boot materials are more upgraded, while still retaining good protection and high safety, the weight is also reduced significantly.

Therefore, today’s modern combat boots are no longer as heavy as before, but much lighter. You can see that tactical boots are lightweight and flexible boots with high safety and security. 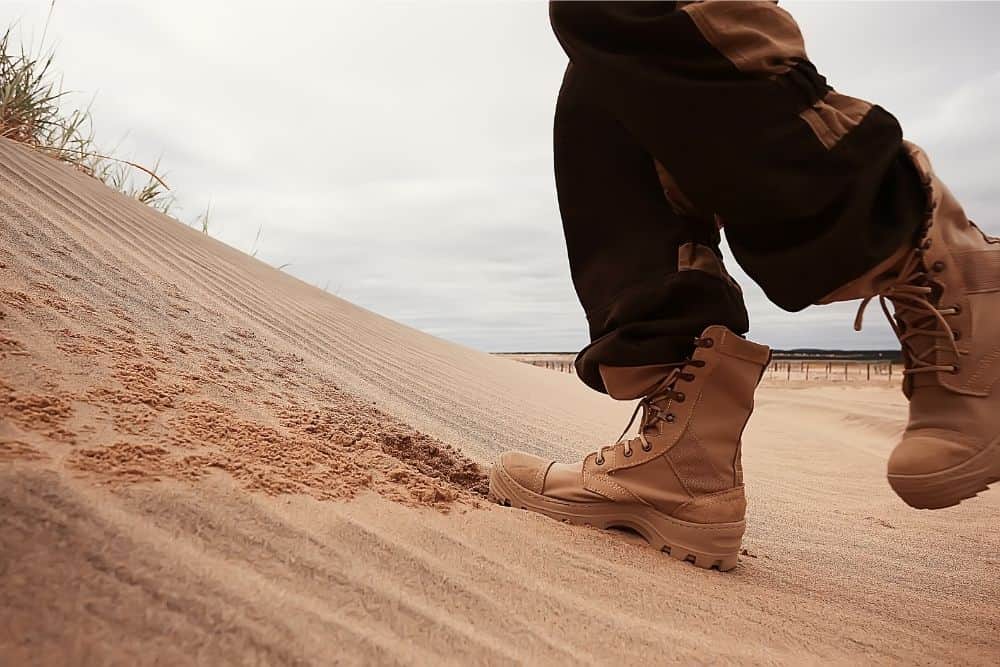 In summary, each army boot has the most common weight between 1.2 lbs and 2.4 lbs.

This means that a pair of army boots will have the lightest weight from 2.4 lbs to the heaviest 4.8 lbs.

Depending on the characteristics of different army boots, they will have different weights. These features include special material, steel toe or normal sole, rubber sole or synthetic sole, Temperate Weather or Hot Weather version…

You should determine your purpose before buying army boots, heavy boots (about 2.4 lbs each) often have many features that ensure safety, stability and balance.

The lighter army boots often support flexibility and comfort for the wearer.

Besides, tactical boots are also lighter than army boots.